For this week’s edition of Inventor Spotlight, we talked to the amazing 3D creator behind the MK85 Iron Man suit, Frank also known as Frankly Built. We chatted about his inspirations and the creative process behind the Iron Man suit.

Frank, also known as FranklyBuilt, is 29 years old and currently stationed in the UK with his wife and dogs. He has been in the USAF for eight years and has been overseas the entire time.

What Inspires Frank to Create in 3D?

Frank started 3D printing over a year ago after seeing Endgame, to make the Iron Man suit exclusively. Still, it got a little out of hand. As he started to research, prepare, and eventually print, Frank realized how few resources existed for 3D Printed cosplays at this level. Any YouTube tutorials and series either never finished or brushed over so much; they were more of a demo. On top of that, people were secretive about their strap and harness systems.

So, he began to document everything he could and shared all the things he was learning to great reception. Frank hopes to give something back to the next person looking to make a small dream come true.

“To be honest you don’t really need to know much of anything to start. While certain skills obviously put you ahead in some respects nothing, I have needed to do through this was something that took months or years to learn. I have grown up with a heavy background in the car world. I’m very familiar with 12v electronics, painting, and bodywork. I have also been building Gundam Models for YEARS so working with plastic and small details are second nature. But again, this only gives me a head start, not an advantage in any way.”

Frank used Creality CR-10S to build this model. As for the slicer, Frank went with the Ultimaker Cura. The filament used for this project was PLA+. Describing his search for the model, Frank said: “I did a lot of searching trying to find the right files and it brought me to DO3D.com. This is where I got my hands on The Mark 85 Armor Files and The MK85 Infinity Gauntlet. And later on in the build after I had printed many versions of the MK85 Helmet trying to find the perfect one (The DO3D one was lacking sadly) i discovered this gem. The beautifully made MK85 by Akira Yumming. It was the most screen accurate model I had found.”

The scaling for this model was quite an adventure. Frank said: “I printed everything (except the hands) at 100% scale. Turns out DO3D models the Iron Man files at roughly 6ft tall. But I am no 6ft tall man. I am 5’8”, but I AM on the more “fit” side. My plan going into this to avoid that oddly scaled hurdle was to print everything then make MYSELF fit into IT, instead of the other way around. This required a lot of trimming, sanding, heat warping, and some 3″ lifter inserts in my 1″ heeled boots to get me to the proper height. And it worked!”

During the post-processing, Frank used an inexpensive $5 soldering iron to fold and melt and interlock the parts. The wasted filament and failed printed can be used as filler material to close gaps and strengthen the joint. For sanding, he took a Dual Orbital Palm Sander with 80 grit sandpaper to an iron man mask. To paint the parts, he ended up landing on a combination of a UK specific Rustoleum Automotive line of spraypaint. It was perfect. The 2X red was just a base coat for the Metallic red. All three colors could take a lacquer coat easily.

For the fitting, Frank spent a lot of time sanding and trimming the edges of the parts with a Dremel to help it wrap around better. He had made another choice early on; he did not want gaps or seams. Talking about the lighting system, Frank said: “I found a 12V USB pack still blows my mind, but it works! And that is exclusively to power the 12V COB LEDs I use. One day I will downgrade them back to 5v Piranha LEDs, but MAN are they bright. Oddly enough I actually use some Arduino based sensors and triggers except I’m just hijacking the signals for relays.”

The Infinity Stones and The Arc Reactor also stand out, and Frank described the process as: “The process and idea were actually pretty straight forward. I saw people who had just 3D printed colored stones. Or people who printed stones in clear PLA plastic and backlit them with LEDs. Well, the Infinity stones are not clear. I wanted them to look nice on and off.” He found the file for The Arc Reactor on Thingiverse and printed out the inner detail part of the reactor. Then he trimmed it to fit better inside the chest. After that, he printed a small triangle shape on a huge raft in clear PLA plastic to mimic the reactor’s nano-texture. Finally, he suspended three 12v COD LED boards behind it about an inch from the clear PLA to help diffuse the light.

Frank documented the entire journey on his YouTube channel, which can be accessed here: https://www.youtube.com/playlist?list=PLKgY4vRp3bIoAUh_PEn6a4pKq46HB0Td0.

Where to Find Frank? 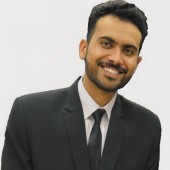 Bionic Inventor is your home for discovering new ways to channel your imagination and forge your 3D printed creations to life.